To many, there’s no engine like the 4×4 engine. The power of these drives has created some amazing extreme-sports opportunities for off roading and has also given birth to the iconic all-terrain vehicle(ATV).

If you own an ATV, you’ve no doubt wanted to test its considerable limits on the appropriate terrain—muddy, slippery, challenging and maybe even dangerous off roading landscapes. If you don’t own an ATV… well, you probably always wanted to drive one, so you might want to check out these Texas off roading places. The mere fact that many of them offer little more than mud and dirt and yet still make for popular destinations should be enough to pique your interest. 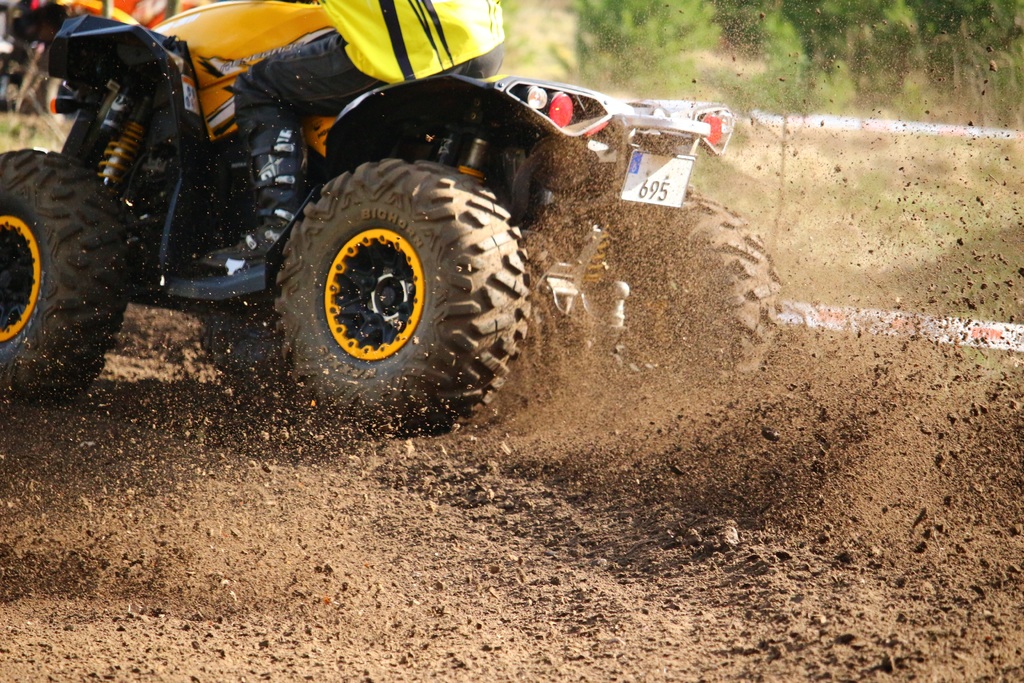 What does the General have in store for you? Probably a whole lot of fun if you own an ATV or another 4×4 vehicle. While this Huntsville park won’t provide you with the vehicles, you’ll get the next most important thing—a wild and muddy zone where you can let loose while cranking up the gas. Other than ATVs, pick-up trucks and similar vehicles are a common sight and might be preferred by those who don’t enjoy being drenched in dirt – if you’re planning to ride an ATV, you’d best bring your gardening clothes.

This park has less mud and more beautiful nature, making it great if you’d like to do some sightseeing on top of wild driving. The terrain is also more varied, featuring the perfect mixture of dirt, grassy terrain and rocky formations. Unlike some similar locations, Hidden Falls Park offers ATV rentals, meaning it’s a nice destination if you were struck by a sudden itch for 4×4 madness—the rentals are a bit pricey, however, so be warned. Due to the lush nature in several areas and the relatively low amount of people, the park is also a fairly popular place to set up a tent.

Do you find most 4×4 off roading places too tame and feel as if you could really use a dirty adventure? Look no further than Creekside. Here, if your ATV or pick-up doesn’t get stuck in the mud, you’re not trying—in fact, some areas are best not ventured into if you don’t know how to swim. What sets this ranch apart from similar locations is its camping appeal – other than letting you set up tents and stay for lengthy periods of time, the park also has an RV site with electricity and clean water for those times when you feel like you could use a break from all the riding dirty.

Xtreme Off Road Park and Beach

This Crosby gem is the opposite of Hidden Falls Adventure Park – it has no shortage of fun-loving individuals crowding the place and showing off their 4×4 handling skills. If you ever want to race someone through the mud, this is the place to test your skills—other than competition and ample social opportunities, you’ll also find spots to camp, fish, and do everything else that makes for a great outdoors vacation in the company of powerful engines.

Home and Garden Expos: Find One Near You

Travel 0
A ‘great’ honeymoon is defined, first, by the person you’re traveling with and, second, by the destination you choose. Depending on your couple’s idea...

Entertainment 0
The guitar is an amazing tool, isn't it? No other musical instrument (not counting a microphone) can elevate a person to the status of...

Sports 0
Basketball is a sport that tests a player’s strength, agility and skill. Sure, a large portion of success relies on an individual’s natural athletic...