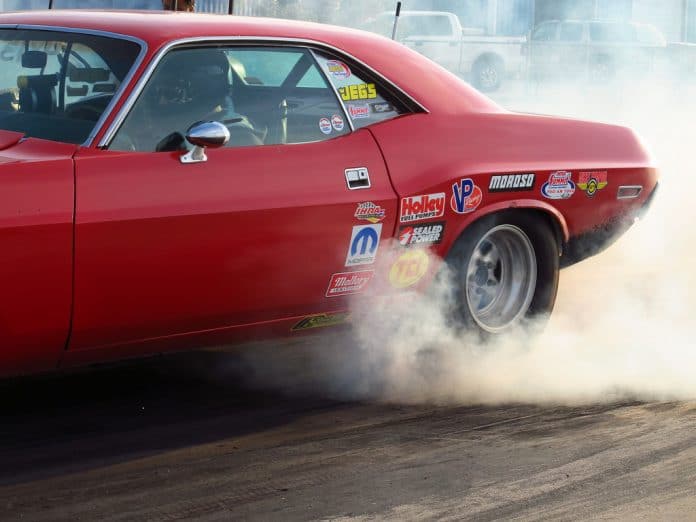 Gentleman, start your engines! Are you ready for some checkered flag racing? The San Antonio Raceway is a popular spot to gather with friends and the rest of the community to watch Nitro Funny Cars, Monster Trucks, Pro Mods, Jet Cars, local racers, and of course, drag racing. According to the San Antonio Raceway website, “locals come out regularly to push themselves to their potential, while others travel thousands of miles to compete or witness history in the making. The team here is always improving with a goal to have each person leave feeling like they just had the best day of their life.”

If you’ve never visited the Raceway, don’t hesitate any longer to plan your visit and head over to one of the many upcoming events. From the biggest and baddest monster trucks to stylish, classic cars, fans are bound to find everything they’re searching for when they visit the San Antonio Raceway. The track is known for hosting a variety of different racing series, such as The Chase—Summit Super Series, the “No Prep Race Your Ride” series, A Day of Drift series, the Roll Race Your Ride series, and many more. Apart from the repeating series, the San Antonio Raceway also hosts additional individual events.

Here’s a list of some of the track’s upcoming events:

According to the San Antonio Raceway website, The Top Shop showdown features local racers who have the opportunity “to show the world what they can do not only under the hood but behind the wheel. Fans get to witness some of the most amazing custom cars and street cars compete in the Top Shop Showdown. Automotive shops from the state of Texas come out and showcase how good their work is!”

Racing Specs:
Type: Bracket
Time: Displayed
Tree: Bracket
Length: ¼ Mile
Buy In: None, must have a Tech Card
Award: We need to figure out what we’re going to do for the winner at the end of the year. Or come up with a trophy and pass it from month to month.
Open To: Cars/Trucks/Motorcycles

Admission is free for children 12 years of age and under, and general admission for adults is just $12. To reserve your tickets, visit the Top Shop Showdown event page.

When we say the “loudest, biggest, baddest, and fastest trucks”—we mean it. Fans in the audience will witness just that racing the strip at the San Antonio Raceway. You’ll see diesel smooking rolling through the air, you’ll witness the crowd go wild, and best of all, you’ll have an opportunity to witness a Truck Shootout that is unlike anything you’ve ever seen before.

If you’re interested in getting in on the action, the keys to the race include: a clean run, hook-up, and mental fitness and focus. It’s also $75 to race (Big Rigs), $75 for Show N’ Shine, and $125 for Show N’ Shine and Racing.

General admission tickets are fans are just $20, while children 12 years old and under are admitted free of charge. To learn more, visit the Truck Stoopid event page.

The ATB Club, better known as the “All Team Bash,” makes its first stop at the San Antonio Raceway to feature cars, trucks, motorcycles, imports, domestics, classics, mini trucks, lifted trucks, lowriders, and much more. In addition to cars, there will also be BBQ to enjoy with family and friends.

To learn more about this car club event, visit the official event page.

This is one racing event with a lot of history behind it. Starting in the 1930’s, drag racing first began on American soil. According to the San Antonio website, “American Muscle reigned supreme until sometime in the 1980’s. For decades now racers have feuded on which cars are better, faster and sexier. This is the night where drivers get to prove who is right. Witness history in the making as the rumble of domestic cars drive excitement and feel the suspense of imports whistling. It’s raw power versus refined power, David versus Goliath, Muscle versus Finesse.”

Fans attending the American Muscle vs. Important Tuners event will need to pick a favorite, and root for the winner you’d like to see cross the finish line first. While muscle cars are the main reason many racers drag race, import tuners have provided drivers with a plethora of innovation for all types of racing. Let the battles begin!

The Chase—Saturday Night Thunder—Bike Night & Race Your Ride – Saturday, April 29 starting at 9am

The Chase, which is also known as bracket racing, is one of the most exciting types of racing to watch. The race cars leave the lines at different times and “The Chase” begins. According to the San Antonio Raceway website, “The slower of the cars leave first forcing the faster cars to chase them down before the finish. Racers fuse with machine as they try to get an advantage down the length of the track. Fans keep their eyes peeled at the finish line as many races are decided by milliseconds!”

“There is one catch – racers must also pick the time that they will complete each pass before getting to the start. Go too fast and they automatically hand over the winnings. It’s like a game of chess at 200+mph in ⅛ mile or less!”

Along with The Chase, this event will also feature Bike Night and Race Your Ride. The keys to each race are consistency, reaction time, and care set-up.

This event is free of charge for children 12 years of age and younger, and adult admission is $12. To find out more, visit The Chase event page.

To plan your visit to the track or check out additional upcoming visits, be sure to visit the official San Antonio Raceway website.